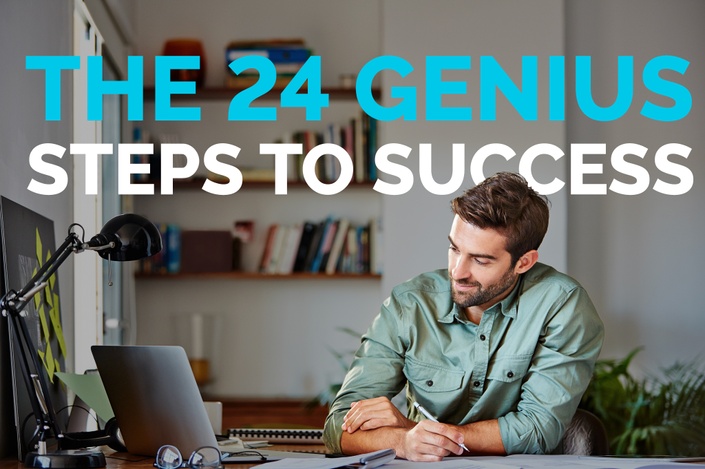 THE 24 GENIUS STEPS TO SUCCESS

Your innate abilities determine your future. Find out what they are. Learn and develop the 24 personality traits of the world's greatest geniuses!

The coupon code you entered is expired or invalid, but the course is still available!

There are skills that help an entrepreneur succeed at his endeavors. Robert Duggan has found that those skills are the 24 characteristics that geniuses have in common. In this course, we take you through a step-by-step process to learn and develop each trait while you apply it to achieving the goal you've set for yourself or your business. Dr. Alfred Barrios discovered the 24 qualities of a genius while he was studying the world's greatest geniuses. Robert used them to turn a struggling company into a multi-billion-dollar success.

"If you look at the lives of the world’s greatest geniuses… you discover they all had 24 personality characteristics in common. These are traits that anyone can develop. It makes no difference how old you are, how much education you have, or what you have accomplished to date. Adopting these personality characteristics enables you to operate on a genius level."—Dr. Alfred Barrios 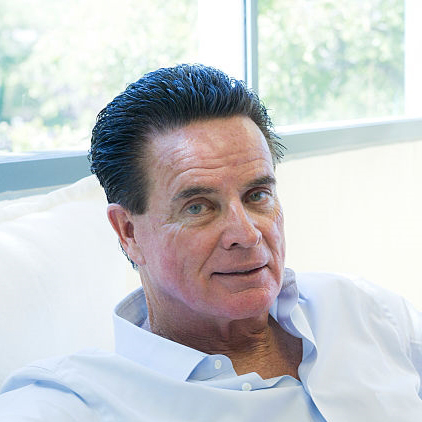 Robert Duggan is the founder of Genius Inc., an innovator, entrepreneur, humanitarian and surfer. He is one of America’s leading entrepreneurs and the recipient of numerous recognitions for his support to many humanitarian activities—including worldwide literacy programs and disaster relief efforts. His business and personal actions are driven by his desire to make a difference for the better.

In one of his previous companies, Pharmacyclics, Bob led the development of a patient-friendly cancer medicine which continues to save lives today. When Bob became the CEO in February 2009, the company’s market value had decreased to a low of $15 million, had spent $350 million in research, and didn’t have a workable cancer medicine. In the following six years, Bob successfully grew the company from 45 to 700 employees, and negotiated the sale of the company in 2015 for $21 billion.

Bob trained all employees on The 24 Characteristics of Geniuses. People were so engaged with the training, that they would come back to Bob asking for materials to take home and share with their relatives and friends. The company grew and productivity improved because of it. When he sold the the company, many had become millionaires and geniuses.

What if I am unhappy with the course?
We would never want you to be unhappy! If you are unsatisfied with your purchase, contact us in the first 30 days and we will give you a full refund.
When does the course start and finish?
The course starts as soon as you enroll. It takes about 8 hours total. There are 26 sections and you can do each one in 20 minutes or less. It is a completely self-paced online course—you decide when you start and when you finish. You could be developing your genius characteristics with just 20 minutes of your daily time!
How long do I have access to the course?
How does lifetime access sound? After enrolling, you have unlimited access to this course for as long as you like—across any and all devices you own.

The coupon code you entered is expired or invalid, but the course is still available!

This course is closed for enrollment.